Wellington scored his first goal in the game of AEL vs Karmiotissa (4:1).

The Brazilian striker scored the fourth goal for his team at the 78′, 17 minutes after entering the game.

Throughout the preparation of AEL, the Brazilian ace showed his skills, scoring relatively easy in many friendly games.
At the beginning of the championship, he lost some easy goals resulting losing his confidence and a position in the first line up.

With the goal he scored against Karmiotissa, he hopes to leave the run of bad luck behind and start scoring more goals for his team. 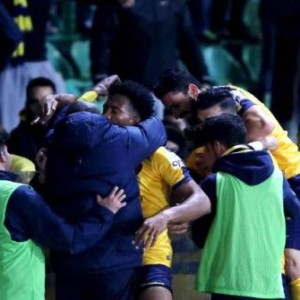