Choutesiotis in the first line up

Lefteris Choutesiotis was included in the first line up in yesterday’s game of Chania vs Olympiacos (0:4).

The young goalkeeper is considered to be very talented, and waits patiently for his big chance to become eventually the main goalkeeper of Thrilos.

A lot of teams have requested to join them even as a loan, but so far the club has not consider to do so.

Cypriot sides like AEL, have cast their gaze on him and maybe they will revert during the transfer window in January. 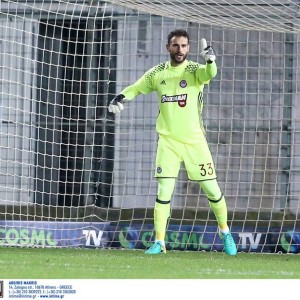